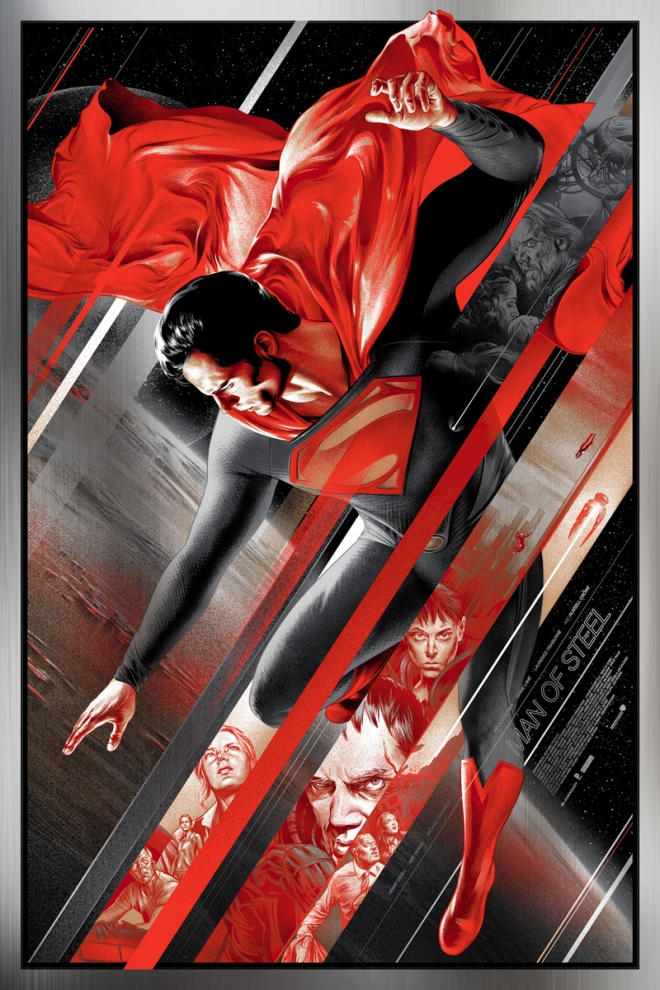 Were you not entertained?

(There’s actually a lot of actors and characters from Smallville which Zack is a major fan of.)
The last time we saw Superman it was on “Smallville” on tv, then before that in “Superman Returns” Now he is the Man of steel brought to you by Zack Snyder and Executively produced by Chris “The Dark Knight” Nolan.

Superman represents many things and those elements are very well explored here. He’s the ultimate immigrant, hero/saviour, “American” and the greatest symbol of hope (to be better) we humans can create. From the early stages on Krypton the “Hope” is the focus of this movie, but not the Theme.  It’s actually a little hard to say EXACTLY what the theme is.  The tone and feel of the movie is much like the show Arrow. If you watch Arrow then you kinda understand. It’s actually surprised me how engaging it was for a movie that was 2.5 hours in length.

Art direction isn’t something I touch too much on for my reviews. But this movie had GREAT art direction. In past Superman movies it was very much about ice and crystals but now with M.O.S. they legit took on the steel aspect. From homes, to technology, even the suits of Kryptonians (I still don’t like the look of Superman’s costume, invulnerable people don’t need armour). It lends to the point that this isn’t anything related to the Reeves/Routh Era of Superman Movies.

Michael Shannon as Zod was amazing. I loved his character right to the bitter end. Zod was a calm Nazi in Reeves’ Superman 2, here he’s very much a man on a mission to save what he loves. He has a real conflict and has only one absolute solution. Conflicts and hardships always make characters interesting, and hero’s are apparently defined by who they face.

This brings me to Henry’s Cavali’s portrayal of Clark Superman. The Story of his character aside (I have mixed feelings with it) he does superman justice. In Smallville we watched Superman become Superman and as well as the disguise of Clark.

This was kind of the same idea. IT’S NOT THE SAME STORY AS SMALLVILLE but just the idea. It’s kind of more like how “Superman: Earth One” makes Superman become Superman via forceful desperation.

There’s an inherited value/moral of doing and being good from Jor-El – who by the way, Russel Crowe, did an amazing job as well. The story allowed for a more explained fall of Krypton, Jor-El and Zod’s relationship and just how much like Clark, Jor-El is and vice versa (the son becomes the father, and the father the son).  Amy Adams playing Lois was very much a strong woman through and through. Her look was solid, and she didn’t entirely come off as just a damsel in distress. She got the essence of the character down minus the red hair.

Hans Zimmer does an incredible job. He’s no John Williams but that’s OK. This is the new era of Superman movies. So there SHOULD be a new sound. Hans Zimmer does just that. Personally I didn’t hear a catchy Superman song like in past motion media depictions. But thanks to the new sound, it carried the movie along nicely. It added more desperation to scenes that were dire to the story as conflicts arose. It sounds amazing and just made all the action scenes epic… and there are a lot of them. Hans is the man.

Zack Snyder does WICKED ACTION SEQUENCES look at all his previous work. All badass. He may not get the greatest from his actors but honestly, he had a great cast with experience to do anything. The fight scenes were nothing we’ve seen before. They were creative, they had a lot of the different powers Kryptonians have under our yellow sun, and they were more realistic than what was in Superman 2, in terms of exposing a weakness. The angles are great and even though it’s in 3D, in IMAX, and all intense, it was easy and clear to watch. You see everything, which is SO GREAT! The latter half of the movie is basically strictly action and it’s all just as beautiful. The action is what makes it worth watching in IMAX. 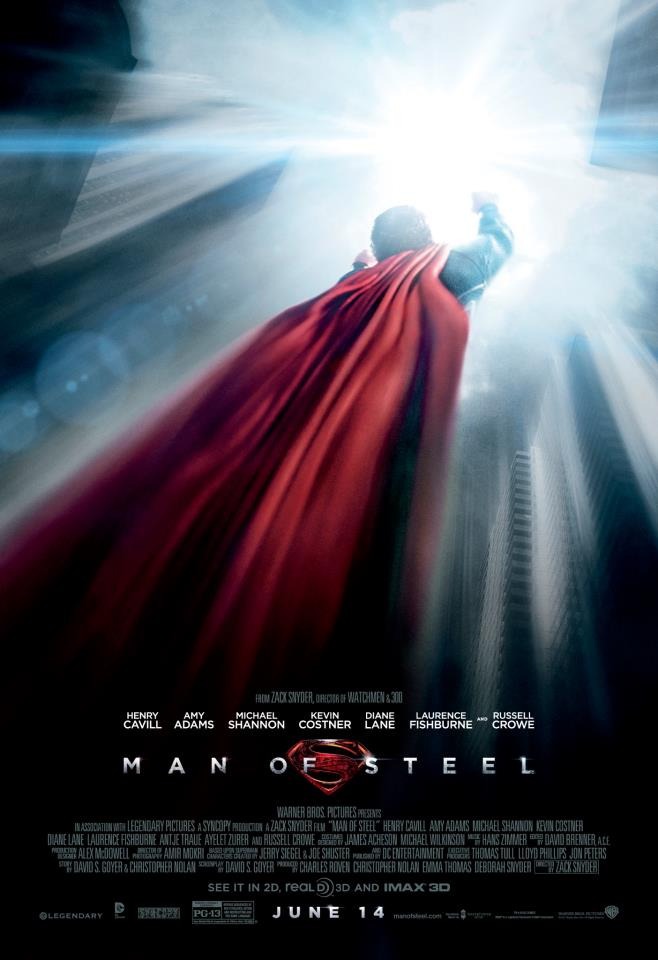 Bottom line: This is now my favourite superman movie. It’s hard to say that it’s better than Superman: The Movie but it’s not meant to be. The freedom of creating a new reality is promising. Rumour has it this is the seed to a Justice League movie. The ending fight is the strongest point. the only issue I didn’t like is that there wasn’t entirely a complete reason as to why he became Superman or no real lesson taught prior getting his costume. Lastly DONT BE THAT PERSON to say this is better or worse than Avengers  They’re TOTALLY different (but Avengers is a more complete movie). There  – not really spoiled.

(MAN OF STEEL Easter Eggs and DC Comics References You May Have Missed)RATINGS!!!!